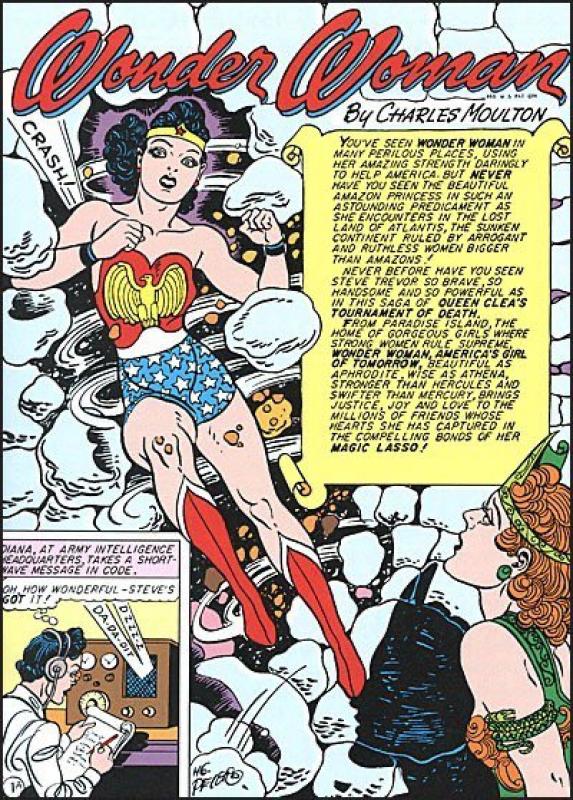 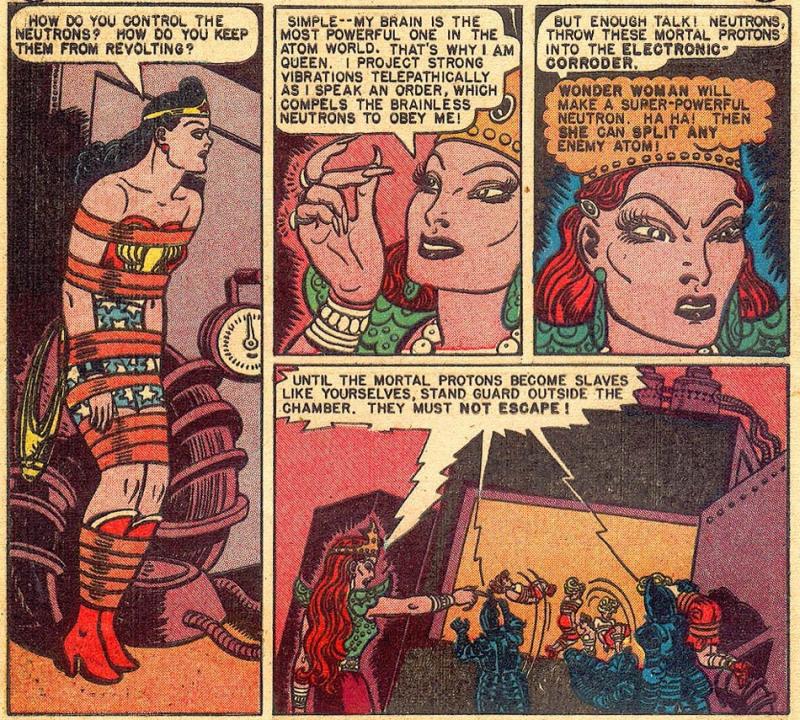 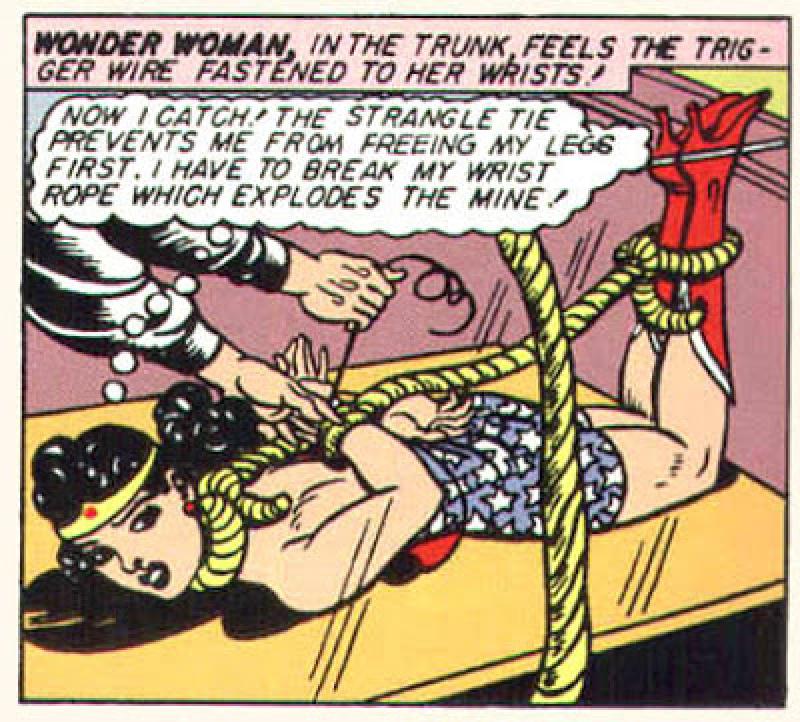 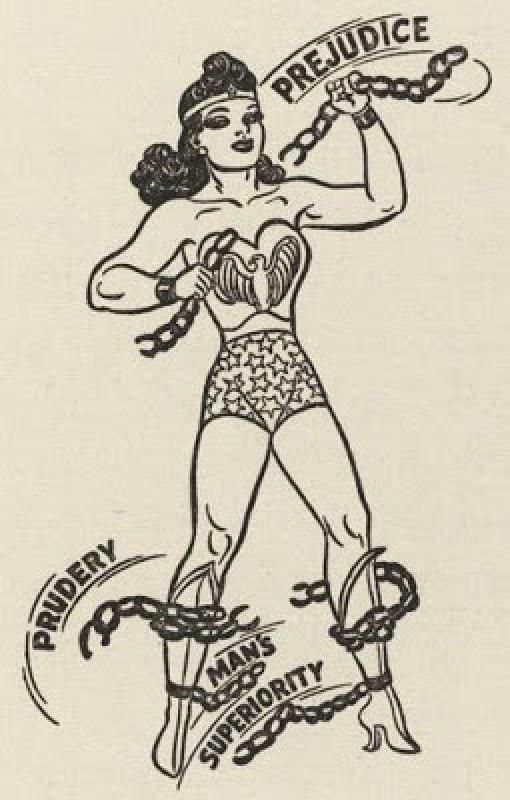 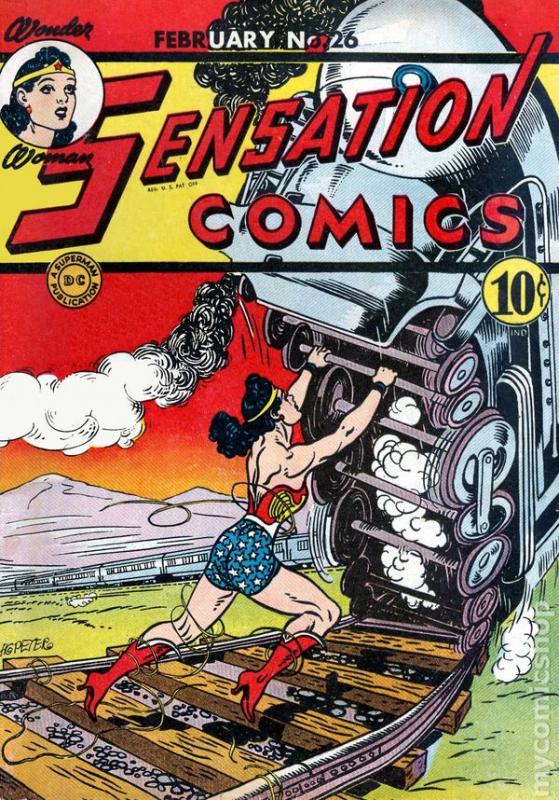 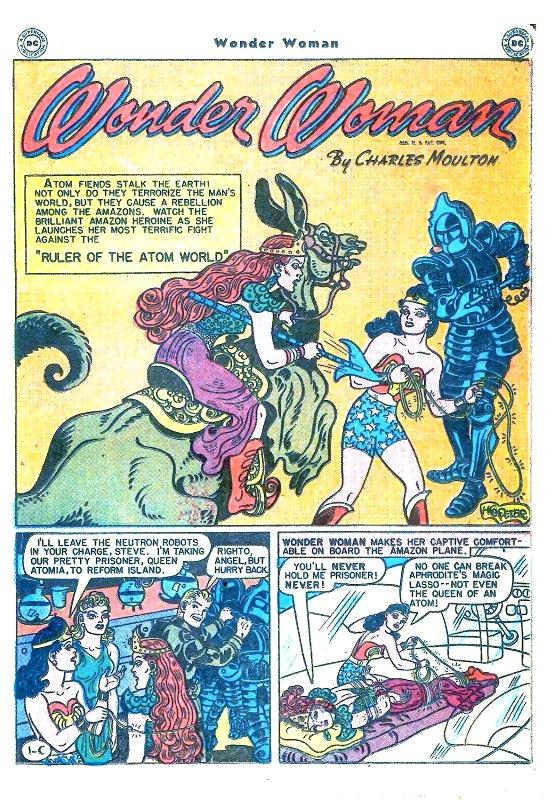 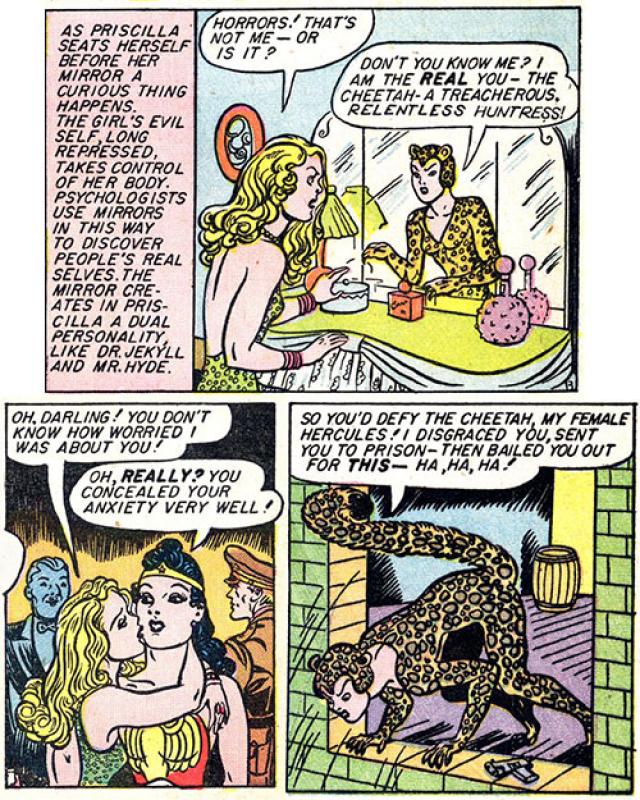 Hummel was the first woman to write scripts for a superhero comic.

As a teenager Hummel took a secretarial course at Katharine Gibbs School where William Moulton Marston was one of her instructors.

In early 1944 Marston took on Joye Hummel as a typist assisting on work with the Wonder Woman. Drawn by Harry G. Peter Wonder Woman was appearing in the monthly Sensation Comics anthology, the quarterly Wonder Woman solo series, and the quarterly Comics Cavalcade series and as a newspaper strip.

Bought up by Amazons, carrying a lasso that forced anyone caught in it to tell the truth, so strong as to be almost invincible unless she could be bound by chains, dealing with characters from myth, legend and imagination Wonder Woman was quite the success, second in popularity only to Superman and Batmen from whom she offered an alternative way of dealing with miscreants.

Deadlines and ill health led Marston to ask Joye Hummel, then 19 years old, to help with the scripts on condition that she remain anonymous and they would appear under his name. Her first published script, “The Winged Maidens of Venus” appearing in Wonder Woman' issue #12, Spring 1945.

With Marston as over-seer Hummel wrote all the Wonder Woman comic book stories from early 1945 until 1947.  She also produced narratives for the newspaper strip. Marston retained production control and approval of the stories but Wonder Woman, which under Marston had tendency to become a little kinky with its innuendo and rather too much interest in bondage, became altogether more innocent under Hummel.

The whole story does rather suggest another of those where women do much of the spade-work but a man takes the credit and control.

For decades Hummel was more-or-less invisible in the man’s world of comics until Jill Lepore spotlighted her in Lepore's 2014 book, The Secret History of Wonder Woman.

In 2018, Hummel was awarded the Bill Finger Award for ‘excellence in comic book writing’ from San  Diego Comic Con International..

All images by Harry.G. Peters