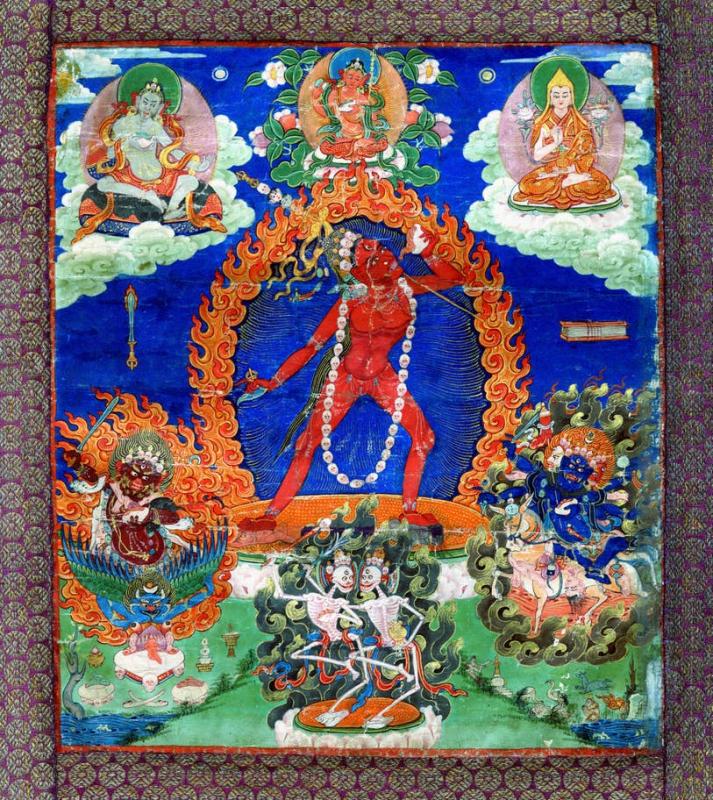 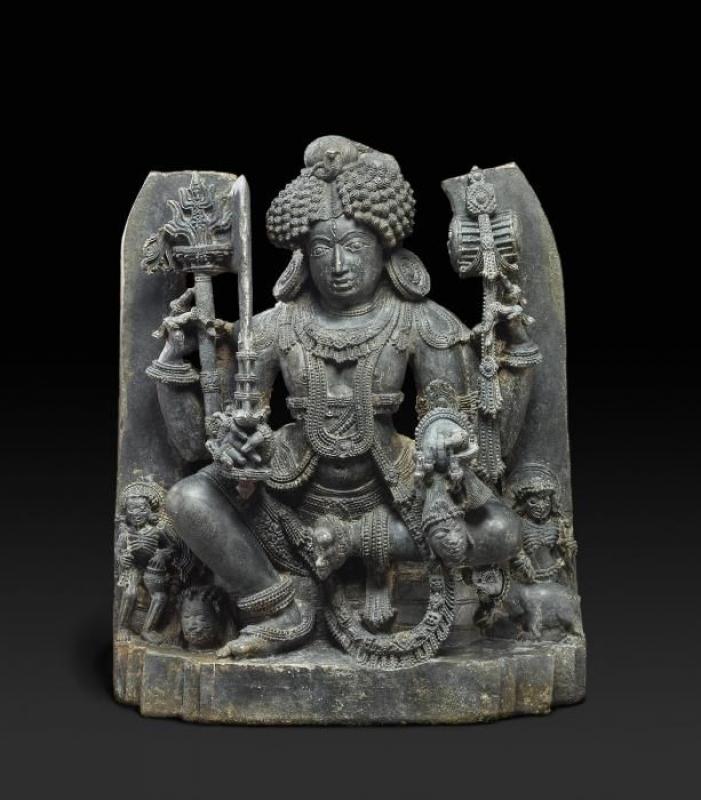 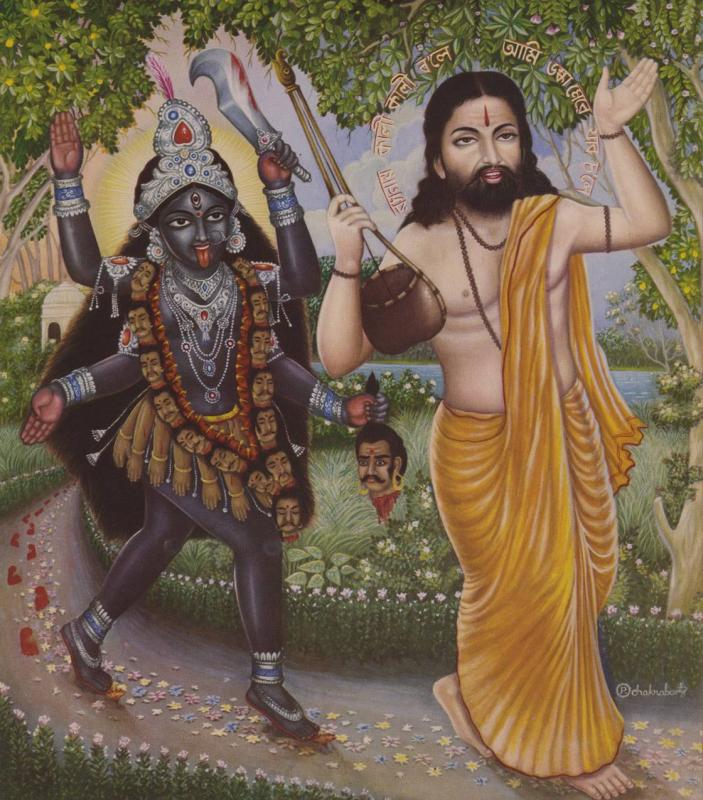 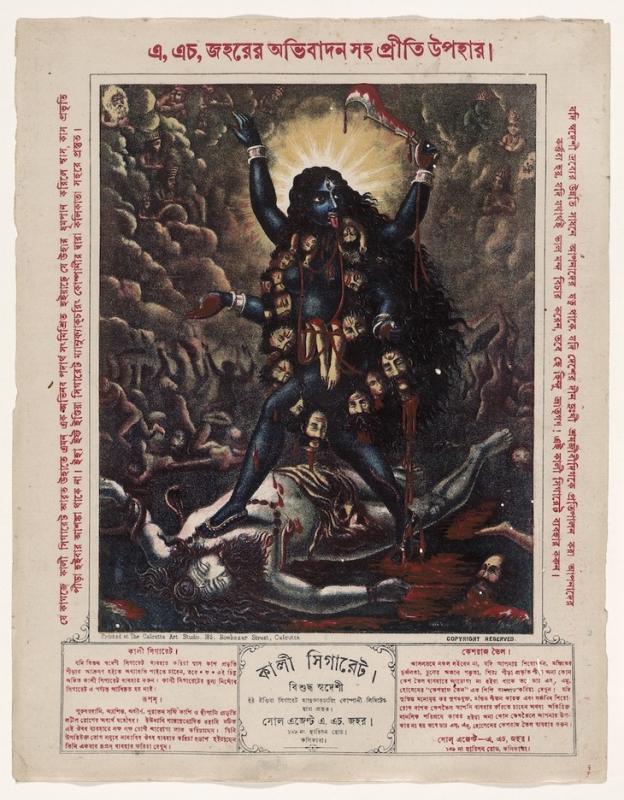 The exhibition includes sculpture, painting, prints and ritual objects from India, Japan, Nepal, Tibet, and the UK, dating from the seventh century AD to the present.

Tantra is a religion based philosophy originating in medieval India. Its ideas and beliefs influenced both Hinduism and Buddhism.

Tantra taught that everything is sacred, including in it’s rituals behaviour that ran counter to existing social and religious restrictions – for example, there were sexual rites and the use of things traditionally considered as unclean and irreligious, such as drink, drugs and human remains.

When Tantra reached the West. as in other religious beliefs, people took from it what they wanted.

For the sensual Tantra meant more and better bedroom frolics, for feminists it signified female emancipation, for the spiritually minded a way to enlightenment.

For the artist they are intriguing works of art.

Covid 19 preventative measures are in place. Check at   https://www.britishmuseum.org/visit

Image 2 The god Bhairava. Lord of the Demonic Dead

Image 4 The goddess Kali as a symbol of India, here advertising Kali cigarettes.